From all of us at the Arapiles Historical Society, a very rewarding 2019!

Thank you for your support and votes for Pick my Project. We were unsuccessful, but we push on!

Archives Center: opened most Tuesdays from 2 to 4 pm 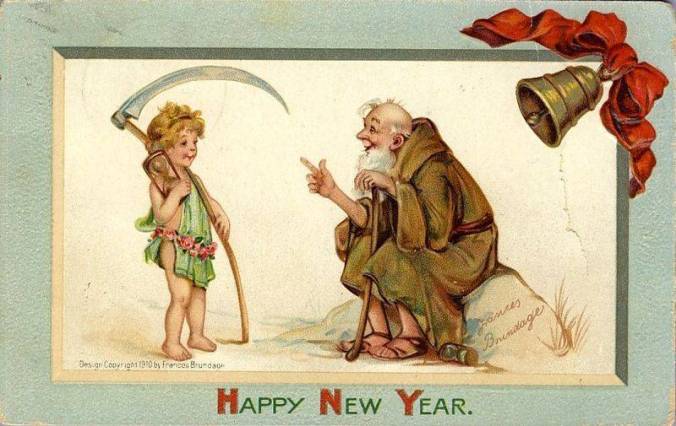 The New Year’s baby is a cultural mainstay that dates back as far as ancient Greece, when a child was paraded around in a basket to welcome the new year.

Father Time if one of the most significant symbol used in New Year Eve celebrations. The common image of Father Time is that of an old bearded man dressed in a robe wearing a sash across his chest with the previous year printed on it. A personification of time, Father Time carries an hourglass or other timekeeping device and a scythe. This particular image of Father Time is said to have been derived from several sources, including the Holly King – the Celtic God of the dying year, and Chronos – the Greek God of time.

In this 1910 Season’s Greetings card, the New Year’s baby is the one carrying the symbols of time.